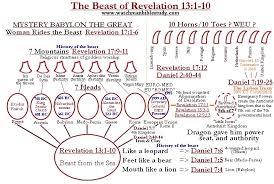 The last evil empire has been in the making for more than two thousand years. In our day we will see the rise of the one John tells us of in the book of Revelation. He will be the epitome of evil and there will be many who will believe the lies he tells them because they never wanted to believe the truth of the word of God. They will make their place in hell most certain with each day they align themselves with him. His only goal is to deceive them and separate them from the love of God!

(2) And the beast which I saw was like unto a leopard, and his feet were as the feet of a bear, and his mouth as the mouth of a lion: and the dragon gave him his power, and his seat, and great authority.

(3) And I saw one of his heads as it were wounded to death; and his deadly wound was healed: and all the world wondered after the beast.

John gives us much more than this however a post such as this cannot contain all of what we have in the Bible. If you are a wise person you will get a copy of the original King James Bible and study it for yourself. To be sure, there are many versions of the Bible in existence, few however are without alterations to the original prophecies given to the prophets by the Holy Spirit!

It is my belief that the beast spoken of here has not been revealed yet. The first has likely been revealed and most have no idea it has happened. The events of the next decade will most surely change the lives of all who are on planet earth in 2018! The twentieth and twenty first centuries have been totally dedicated to setting the stage for the man of sin, the antiChrist. We now see a world led by evil people and dedicated to the destruction of mankind as we know them. If there is an evil man can imagine, it now is reality. From murdering babies to force ably enslaving millions to eating their own. This culture makes it legal to do the unspeakable things that only a perverted person would do! Yet they are not finished with there elevated limits of perversion. 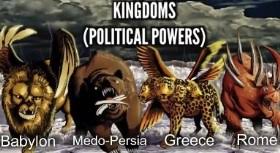 Soon they will openly declare and end to the freedom to believe anything about the God of the Bible. Only the perverted desires of their hearts will be allowed and all else will be banished. But their reign of terror will be limited to a seven year period. Now I know and have heard it said many times, that can’t happen here! And that is exactly why it will happen. 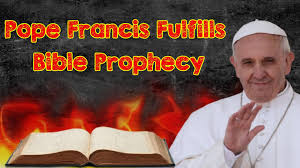 Watch what the current Pope does over the next few years. Look at the news of today and see how President Donald Trump is treated. Elected by the voters of America. The evil among us have said the voters have no right to elect a President who disagrees with us! They have denied the voters the right to make changes in the law. Yet the Constitution clearly says they are wrong. What we see in the halls of our government is a bloodless coup. Why do you believe they want your guns? Clearly they don’t mind making you unable to defend yourself and your right to be free the hell they plan to impose on you! The plan is to make you get on you knees and beg them for mercy. Things are going to get a lot worse very quickly. 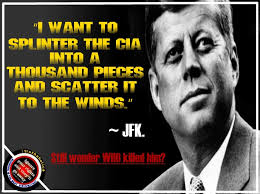 When JFK started doing things that threatened their plans, they murdered him and concocted a plan to silence him forever. The plan was complete with a commission to manage the investigation that would follow the act of murder. Jim Garrison soon got on their trail and they muzzled him and locked up the evidence so that those involved would be dead when the public was able to see what was done. Even now they keep the facts hidden because one of the participants still lives. The same would happen to President Trump if they saw that he was going to be able to put an end to their evil plans! The people most Americans wouldn’t ever suspect were and even now are part of the continuing saga. But there is no need to try to expose them, God knew before the beginning of the world, the things that would happen and has laid out His plans to deal with the wicked in His time. 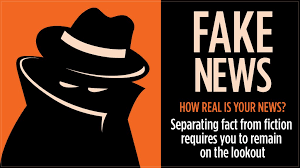 Get a Bible and read about the greatest drama of all time. Get on the right side of the line or you will loose everything. The Bible says the days of the coming of Jesus would be like the days of Noah. We who are familiar with all of the Bible know it to be so, right now! If we put of getting right with God today, we are putting ourselves and those we love in great danger. But most have no idea of the truth of this statement. America is one of the most evil nations to ever exist on the earth, why? Because the people of America have allowed the most wicked among us to be the rulers of our nation. Almost all of the news we see on television or in print is cleared by our government or it will never see the light of day. Fake News began in the early sixties and has only grown in leaps and bounds since that.

I don’t know if President Trump is one of the good guys or one of the bad. However I know with certainty he is not going to make America great again. Both the right and the left know it as well or he would not still be with us! Only Jesus Christ will fix the mess the world is in.