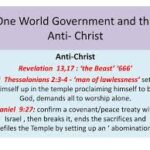 The events we see taking place right now are predicted in the Bible. But millions will go blindly forward into the trap that is being laid by the evil among us. While America has been blessed more than any other nation to have been on planet earth. America is being lured into a trap that will bring about a one world government.

The plans of the evil ones who fight President Trump have been working since before his actual election. They comprise both sides of the isle in America as well as people from many foreign countries. The Bible tells us they will be successful at what they are doing and take control of the entire world. Putting in place a leader who will charm and enslave the entire world. You have heard of him as the antichrist. Setting in the temple and declaring himself to be god!

2nd Thessalonians 2: 4
(4) Who opposeth and exalteth himself above all that is called God, or that is worshipped; so that he as God sitteth in the temple of God, shewing himself that he is God.

Revelation 9: 20
(20) And the rest of the men which were not killed by these plagues yet repented not of the works of their hands, that they should not worship devils, and idols of gold, and silver, and brass, and stone, and of wood: which neither can see, nor hear, nor walk: 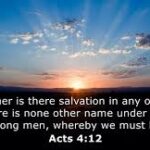 (9) The Lord is not slack concerning his promise, as some men count slackness; but is longsuffering to us-ward, not willing that any should perish, but that all should come to repentance.

God sends no one to hell. He became flesh Himself to make the way for all to escape hell. All anyone needs to do is humble them self and admit they have sinned, ask for forgiveness and they will be saved. But millions will go to hell because they reject the offer of pardon!

Jesus Christ is God, He became human so He could sacrifice Himself for you! The reason He is doing it the way He is. It is really quite simple. If you aren’t willing to change your evil ways then He would end up with another evil day like we see today! If you won’t admit that you are a sinner and end you evil ways. He doesn’t want to include you in His plans going forward! So if you end up in hell it is simply because you refused His pardon for your crimes against Him and your fellowmen. Quit making excuses and become a person who loves everyone else like you love yourself!