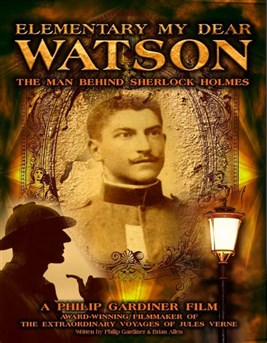 Look around you and you will see what happens when you allow the useful idiots in a nation to put in power a moron! We knew for more than a year that the 2020 election was a giant fraud. But we allowed the system that put him in a place that would certainly destroy the nation. We did nothing to restore the nation to its sound foundation.

What should happen now, right now today, the Democrat Party should be outlawed! Biden and his entire administration should be placed under arrest. Donald Trump placed back in office as the temporary President while new elections were setup. But none of that will happen because Americans haven’t got the guts the founders had!

When you love free stuff you are either stupid, lazy or both. There is no free stuff some one has to pay, always. Even freedom itself is not free and a lot of blood was spilled to make America possible. The truth of it all is that we have all been victims of a diabolic lie about the country America. We allowed the people we elected for almost two hundred and fifty years to hide the truth they knew about ths country. It was never intended to be America at any time of its existence! 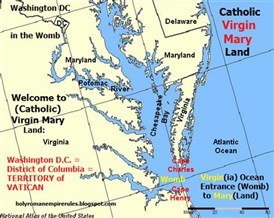 It was always intended to be the New Atlantis and was hidden by the secret society’s of the world! Washington DC was originaly called Rome. I will insert an excerpt from:

Rome, Maryland, was the original name of a community within Prince George’s County, Maryland which would eventually become Washington, District of Columbia. Specifically, Rome was the original community name of Capitol Hill, upon which the United States Capitol Building sits.

In 1663, the property that would become the Capitol’s site was inscribed in the Maryland property records as “Rome,” its owner a man named Francis Pope. The southern boundary of this property was shaped by a river named for the river that runs through Rome, Italy, the Tiber.

The community was part of the ten mile square tract of land which would become the American capital Washington, D.C., and its owner, Daniel Carroll, transferred the community to the federal government after the amendment to the United States Constitution sanctioning the building of the new United States capital city was ratified.

Daniel Carroll was the chairman of a three-man commission appointed by President George Washington to find a suitable location for the capital city. A signer of the Declaration of Independence, Daniel Carroll was a Roman Catholic educated by Jesuits in Maryland and France. His brother John Carroll became the first Catholic bishop in America, presiding over the See of Baltimore, which included Washington, D.C. John Carroll also founded Georgetown University.

No you did not sleep through history class in school, they were covering up what they did not want you to know! The creation of America was for exactly what you see happening in America right now! Nothing is ever like it seems and that includes the debacle in the country of Afghanistan. Biden intended to do exactly what he did and the way he did it, fully knowing what he was doing. He is in the process of destroying America and it’s integrity! I am convinced that Joe Biden is and has always been a tratior. As is the Democrat and most of the Republican Parties. When the Democrat-Republican Party split into two parties it was for the purpose of doing exactly what has been done. They eliminated the ability of the people, who didn’t agree with them, from being able to challenge them successfully!

Do a good study of the layout of both the Capitol building and Washington, DC and you will see very quickly the long term intent of the founders of America. Then throw in a real study of the one dollar bill and you will understand how we as a people got to where we are today. But God is never caught by surprise and if you are a student of Bible Prophecy you will see very clearly that God knew the players and their hearts. Before any of them were even born He knew, as He said, the end from the beginning! It is a prophecy of what would happen to America. But most everyone was deceived by the phrase, “In God We Trust”. They were careful not to disclose what god it was that they were talking about! That phrase had been used in our country since before the Civil War but depended on who was using it as to what god it referred to! To understand it we must look at all of the symbols together and I will go into that in another article.