There are big bucks in human trafficking! Is it possible that someone in our government is being paid to keep the flow across our border going? I believe it is not only possible but happening before our very eyes. If so, God is going to have a special place in hell for those who are participating in this enterprise. Furthermore if that person or persons is an elected official they are doing it in the name of “We The People”! Yes the USA is “We The People”! If we look at the way in which America is being flooded by illegals it is almost certain that someone other than the so called-coyotes. Is profiting from this vulgar enterprise. The people doing this have a poor moral foundation, do you know anyone like that? 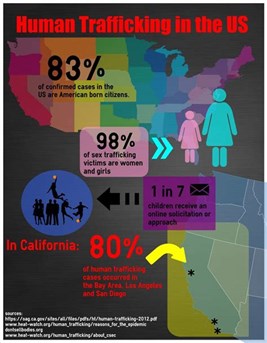 Human trafficking has victims of all races, sexes, ages, etc. We hear much today about how black people were treated back in the early years of America. Yes it happened and it was despicable but that is exactly what is happening now! Plus this time it takes on a new wrinkle, Satan worship. There are people enslaved for the sole purpose of sacrifice to satisfy the sick intent to make a blood offering to there god.

Then of course we know that there are sexual perverts that will have sex with anything that they take control of. Animals, robots, humans of any sex or age and when they are finished they murder them! Now if you don’t believe that a politician would consider getting into that type of endeavor, you are out of touch with our twenty-first century society! Our society has been sick for hundreds of years but for America we had for the most part did it quietly. Now we see that the evil has a Constitutional right to flaunt it and even demand that it will be openly accepted and encouraged by all! Telling you and me that if we disagree with their point of view, we are committing a terrorist act, a threat to America. Being white is now a crime they will indite you in the news and make life hell for you.

The left wants to disarm the police so they can’t protect you. But they believe the public should be disarmed as well so the criminals won’t be hurt as they commit crimes against you. Lets just love each other and get along! Of course there are some of our citizens who are not willing to go along with that idea. Some saying they are wondering when those who have guns will say enough and hit the streets. Actually I have not been wondering about that because I am one of those hated Christians. Being a Christian I read my Bible and see that Jesus and his followers predicted we would reach a point! Jesus himself made it clear when He said “They hated me and they will hate you!” So for those who believe God is going to allow humanity to just keep on keeping on! You are badly mistaken. As I have said before, we can’t change prophecy but we can fulfill it. So get ready folks we are not going to see the end. We are seeing the end of the Republic known as America, right now, and what we are seeing isn’t pretty! 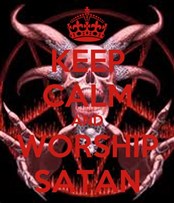 Lucifer and his friends in high places are going to arrive at the dead end of their adventure! When the sick in the mind decided to take over the creation of almighty God, they went too far. When the Satan Worshipers believed they had outsmarted God, He had enough! All they needed to do was stop and repent of their sin. But no they started murdering babies and then selling baby parts they sealed their fate. When they started praying to Lucifer they insulted the God who created everything. The day of reckoning is going to place the evil, self appointed at the Great White Throne Judgment in front of the creator and God of Gods. They will hear Him sentence them to hell and everlasting punishment in the Lake of Fire!