The Constitution gives all Americans the right to end the direction America is going. However if they refuse to stand up and tell the leaders of the government that they don’t have their support anymore. God has the duty to see them as supporting the evil that America does each and every day. Yes, silence is the same as acceptance in a country where the government is: “we the people”! Just a very short look around should convince you that America is the leader of corruption in the world. We are either financing or committing everything from child trafficking to out right murder and much more! Our populace is covered in blood from head to toe. No it didn’t just start it has been going on from the first day there was an America! Our parents, great great grand parents, grand parents and us we are all guilty! So for years now anyone who speaks up will be silenced, from the general laborer to the White House will be silenced if they are seen to disagree with the globalist mob who controls our lives!

When you are in a war it is essential to know who your enemies are if you plan to win. America is absolutely in the most critical war they have ever been in and are certain too lose! The days of being the dominant nation is over for America and it was planned this way by the leaders of the nation. The haters of America are licking their chops because they have planned for this for many years. The people who put Biden in the White House are the same families and groups that have been leading the nation for decades. God predicted this time in history thousands of years ago and the majority of Americans did not see it coming and are still in the dark, willingly! 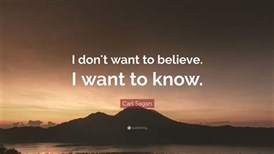 Most Americans don’t know what is happening in their country and don’t care too know! When you add to that the fact that most aren’t Christians in spite of the fact they claim to be. You get exactly the situation you see America is in right now! The founders of America were a mixed bag of folks but the ones who wanted too turn the nation into a One World Government situation was likely small but they were there.

Those who wanted to see a one world order at the time of the establishment was the wealthy ruling class from Europe! Most Americans at the founding were hard workers and they gave all they had to give to grow the country and carry their own weight. But the families that controlled the money knew they could take over the country if they joined hands with those who didn’t want to work. So they began to work on plans for so called free stuff! If you are a person that doesn’t believe in God. Get a Bible and the only way you will still doubt it was composed by the living God is if you are dishonest or stupid at best! You will see where we came from, where we are and where we are going. 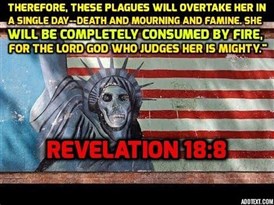 In a Constitutional form of government like was setup for America it is essential that the people keep themselves involved and especially if some are always wanting to call it a Democracy. In a Democracy the majority can change the type of government we actually have which is exactly what has happened in America. With Constitutional government the law always prevails even if the majority doesn’t agree! Take the freedom of speech for example. In a Constitutional government the majority will not be able to shut you up by saying someone will be offended if you say it! Anything that can be spoken or written will very likely offend someone but that doesn’t mean you don’t have a right to say it. The law can be amended to allow for issues like yelling fire in a theater!

On the other hand to just make a law to meet your desire to feel comfortable when doing something that is not accepted as the norm in your society is not acceptable. You are just trying to make your conduct acceptable to a public that sees it differently! But there is a broader issue here. 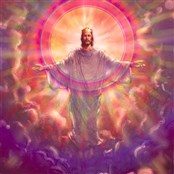 It’s not like He has neglected to warn you of His coming. In spite of everything He has done to include you in the group that will get to live forever. You have continued to say “I just don’t want to know”.

Only those who refuse to accept the pardon Jesus purchased for all will actually go to hell. They have refused to say “I am guilty please forgive me”. So they certainly can’t blame God for what happens to them!

The Republic our founders presented to us has been replaced by home of the mob! Everything God predicted in His word has nearly come to pass and we are watching the balance of those that still need to be fulfilled will come to pass in this decade.

I happen to believe in God and if you don’t I am not able to make you believe nor should I have that right! So what then would give you the right to make me change my view if I don’t have that same right to change your view? That is where we are in our society in America! This move is designed to remove God from the society and is the reason He will fulfill prophecy in the Bible that says. When this happens on the earth I will return and take over everything. Removing all people who believe they have a right to remove Me and Mine from My own creation! The biggest mistake Americans have made is not remembering that they have a responsibility. The Constitution points out that we need to protect our selves by making wise choices into who governs the country. It mentions our enemies both Foreign and Domestic. Take a good look and you will see that our greatest enemies sit right in Washington, DC!

But God is about to change it all! Come Quickly Lord Jesus!