I hate to be so blunt but if you are one lucky enough to go to a church where the pastor preaches and teaches the whole Bible, and most don’t, then you can’t miss what a great offer God has given to every human in the world! If a rich man got on television and told you that everyone on the face of the earth is being enabled to live forever with food, clothing, housing, without paying for it. How many when they can’t even see the whole deal would turn it down? No sickness, pain or disabilities and much more there would be a stampede to get their spot guaranteed. Yet today only a small percentage of the world will accept and a multitude of who hated Jesus enough to kill Him! I remember growing up and in my young adult life. I heard many comments about getting to heaven and sitting on a cloud all day and playing a harp. Most of the people who will go to hell never took the time to learn what will really happen after Jesus takes control of the world. They make the most important decision of their lives without getting the facts about God and what He has has prepared for all of us! But if you want to know what being a Christian is all about and you should. You need to get a good original King James Bible and study it for yourself! 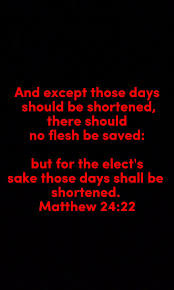 Do you believe you understand what Jesus was telling us here? I assure you that you don’t and I will give you a link that will start you on the trail of the most evil plan anyone has ever come up with!

Bill Gates has a much larger role to play in end time events than you have ever thought. He and his cohorts believe they have a way to surpass God by upgrading human DNA. The way they plan to test there theory is to force you and me to have our DNA changed. If we say no then we can’t participate in the new monetary system that he, (Biden) will establish within a matter of days or weeks at the most. Never mind that he doesn’t have the authority and can’t do it legally! Biden issued another Executive Order (14081) that establishes and funds that plan! https://public-inspection.federalregister.gov/2022-20167.pdf Biden does not have the authority to do this but he has done it!

The bottom line here is very simple, with 14067 and 14081 Biden has put the Federal Government into the business of creating a new race of people! The people in charge of your government will now design a series of medical programs such as vaccines that will make you non-human. Those he can use he will use and the rest he will eliminate. He believes his creation will never die and face the judgment of God. He is of course incorrect but remember Matthew 24: 22 it is Jesus telling us why He must shorten the time! Just how broad is this plan Biden has put into place? By declaring the dollar dead and forcing us to accept a digital currency he will enable the government to dictate to each of us exactly our quality of life. The Constitution says no one person can do that!

Biden will fund, with taxpayer money, the extinction of the human race as God knows it! That puts you and me in a position of having to be on guard with everything we buy. One of the programs is the creation, in a lab, food substitutes fake meats constructed with bugs is just one of them! The number one enemy of Americans is their government. It’s too late to wake up and stop these people. We need to make sure we are Rapture Ready! 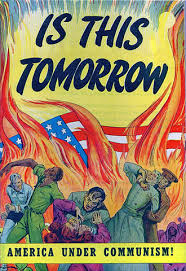 The America I grew up in never existed I just believed it did because the wicked was in the closet. Today they are proud to tell you they intend to rape, rob and murder everyone that doesn’t agree with them! Chuck Schumer said on live television that you would own nothing and love. I remember a time when he would have heard the reply of the masses “the hell you say, bring it on we will put you in a wheel chair or your grave!” If there were any of those type of replies I certainly didn’t hear them. Not one George Washington to be found anywhere in America! I am soon to be 83 years old and never thought I would see the day living as a slave would be acceptable anywhere in the land. The love of freedom and the courage to fight for your rights has been purged from the hearts of the current generation just as the Bible predicted!

Here are just a few of the scriptures that gives you a peek at the forever life we will have if we accept Jesus as our savior!

(1) Dare any of you, having a matter against another, go to law before the unjust, and not before the saints?

(2) Do ye not know that the saints shall judge the world? and if the world shall be judged by you, are ye unworthy to judge the smallest matters?

(3) Know ye not that we shall judge angels? how much more things that pertain to this life?

(15) For this we say unto you by the word of the Lord, that we which are alive and remain unto the coming of the Lord shall not prevent them which are asleep.

(16) For the Lord himself shall descend from heaven with a shout, with the voice of the archangel, and with the trump of God: and the dead in Christ shall rise first:

(17) Then we which are alive and remain shall be caught up together with them in the clouds, to meet the Lord in the air: and so shall we ever be with the Lord.

(4) And I saw thrones, and they sat upon them, and judgment was given unto them: and I saw the souls of them that were beheaded for the witness of Jesus, and for the word of God, and which had not worshipped the beast, neither his image, neither had received his mark upon their foreheads, or in their hands; and they lived and reigned with Christ a thousand years.

(5) But the rest of the dead lived not again until the thousand years were finished. This is the first resurrection.

(6) Blessed and holy is he that hath part in the first resurrection: on such the second death hath no power, but they shall be priests of God and of Christ, and shall reign with him a thousand years. 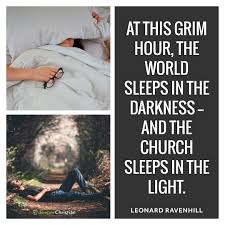 Think about it, have you ever heard a sermon about you being a king, a governor, priest, judge and the list goes on and on! Have you got a better deal or do you believe giving up the right to lie, murder, rob or whatever the latest craze of the day is! Becoming saved should be the first priority in our lives because anything else does not make for a happy tomorrow! When the enemies of America and there are millions of them. Unfortunately we have millions that are domestic enemies that don’t appreciate what God has done for them!

When they begin to smell the slightest signs that Americans don’t have the guts to defend themselves. They will cover our land with our blood as they come in to take a spoil!