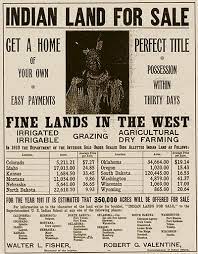 You are very much unlikely to know about the Sordid History of your American Government. Understandable because the government doesn’t want you to know about it. Our government is now in the process of doing what they did in the years of our early days. Even before America was in fact a country the people who ran things exhibited their love for wooing those who trusted them. To deliver on promises they never intended to keep! I am a firm believer that America is the Daughter of Babylon that the Bible mentions and is in fact. I believe it is the Mystery Babylon in Revelation 18: 2 that the angel says has fallen.

(2) And he cried mightily with a strong voice, saying, Babylon the great is fallen, is fallen, and is become the habitation of devils, and the hold of every foul spirit, and a cage of every unclean and hateful bird.

There is more and you should read it if you want to know the future of the America you love and thought you knew and could trust! Don’t be side tracked by it being referred to as a city because our land is controlled by Washington, DC and New York. On top of the fact that the other facts in chapter 18 gives us every reason to take a good look at. What our government did too the Indian Tribes that lived here before we came and deceived them are now in the process of annihilating their own citizens as they did to the Indians! There is nothing that exists that was not created by God and that includes the Indians. You can be certain God will not forget and he has promised that He will bring judgment to America or He will not judge any evildoer and that is not going too happen. God never breaks His word what He says will surely come too pass! 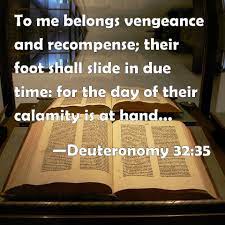 If you have any good morals within you take a look at the treaties that were made and then broken by Americas Government, our Government. If you show them that you trust them they take that as a sign that you are weak and can easily be exploited. Right now we are being goaded to draw us out into the streets so they can declare Martial Law and then we will be disarmed and murdered! Soon that very thing will happen in America because there are groups who have taken all they are going to stand. The patience that has been shown is by design just as the goading is part of the wicked peoples plan. But there is no chance at all that the guns will be confiscated without a revolutionary war. The youngest generation in our country has been deceived by the government controlled education system but there are still too many older people who know the truth still alive! It is a given fact that anything the government gives to you they can and will take it back at some point in time. These are indeed the end times and we will see what Christians have longed for, for thousands of years! Mr Obama, Susan Rice, Joe Biden and millions more will pay a huge price for thinking that they could outsmart the creator of the entire universe! 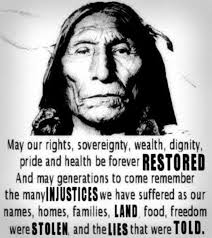 For those of you who don’t believe in God or the Bible, how do you explain how the prophets thousands of years ago predicted this! Jesus Himself said we, in the last days, would face it! He said that they hated Him and they would hate his followers. They are trying to get the Bible banned now as well. Anyone who is doing good is deemed to be evil and must be eliminated. God tells us to not render evil for evil leave it to Him to settle the score!

If you are greedy and evil it will blind you and when your judgment is impaired you make decisions that show how wicked you really are. To believe that you can outsmart the wise creator of the entire universe really takes someone who has such poor judgment that they will endanger everyone they come into contact with. If you can’t see that it is exactly what we have guiding the government of America and they count on the American people not paying attention. But God doesn’t miss a thing!

(17) Recompense to no man evil for evil. Provide things honest in the sight of all men.

(18) If it be possible, as much as lieth in you, live peaceably with all men.

(19) Dearly beloved, avenge not yourselves, but rather give place unto wrath: for it is written, Vengeance is mine; I will repay, saith the Lord. 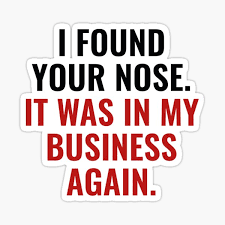 God foresaw all of the things that we are experiencing today and rather than look at it and take heed to not a fend God. They choose to stick their finger right into the eye of God, how stupid is that? Shortly God will turn the world upside down and shake it with great vigor!

God is going to take His people out as the following scripture says.

(24) Another parable put he forth unto them, saying, The kingdom of heaven is likened unto a man which sowed good seed in his field:

(25) But while men slept, his enemy came and sowed tares among the wheat, and went his way.

(26) But when the blade was sprung up, and brought forth fruit, then appeared the tares also.

(27) So the servants of the householder came and said unto him, Sir, didst not thou sow good seed in thy field? from whence then hath it tares?

(28) He said unto them, An enemy hath done this. The servants said unto him, Wilt thou then that we go and gather them up?

(29) But he said, Nay; lest while ye gather up the tares, ye root up also the wheat with them.

(30) Let both grow together until the harvest: and in the time of harvest I will say to the reapers, Gather ye together first the tares, and bind them in bundles to burn them: but gather the wheat into my barn.