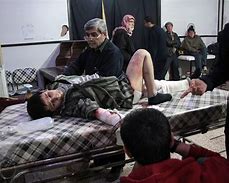 Most who will read this are not old enough to realize the serious nature of it all. Even in Europe and Israel people may have a faint understanding of it all. However when an individual decides that he is God and develops a plan to murder millions of people he must be stopped at all costs! In the case of what we see now it is billions of people are scheduled to be murdered and few people seem to see the problem. During WWII we thought we saw the worst of this but today we are starting what the wicked among us are capable of! If you are a serious Bible student you know what is happening and that God is the only answer! But if you choose not to know your enemies you give them a serious advantage over you! As made clear by God in the following verse of scripture!

In my opinion to ignore that advice from God is to tell Him you trust your opinion more than you do His!

Operation Paperclip is the title of a program that was preformed during and after WWII and is covered in depth in a book by the same name. Author Annie Jacobson does a fabulous job of telling you facts that I am sure the American government would just as soon you didn’t know especially the one headed by Joe Biden! It should be read by every person in the world and required reading in America! Then you will want to know who the despot Klaus Schwab promoter of the great reset is. Why do you want to know who he is? Lets start with the fact that his father was Eugen Schwab a personal friend of Adolph Hitler.

The evil among us decided on the way they needed to move forward and push capitalism out and bring fascism in. They are now prepared to flaunt their evil in the open and steal everything you have worked for right down to you and your children’s throats!

After reading this book you should have no doubt about the fact that you have been betrayed by the very people we elected to speak for us! From the very beginning of our country they have been sitting the entire world for the kind One World Government that we see coming together right now. They intend to have it in place by the end of this decade. You will own nothing and be happy. I can remember when they could not have gotten away with making that blatant statement right in your face. To tell us they will rob, rape & steal everything you own and you will like it. That would have been the death nail in their coffin overnight! They believe they have infused into our culture enough stupid people too out vote those who are opposed to that kind of government!

There was a time the American people would stood up and declared “Oh Hell No You Won’t:”! But the Bible predicted this would happen in the later days. For those who don’t believe in the truth of the Bible. How do you explain what you see in the news today? Or are you wise enough to accept Jesus Christ now and loudly declare “Come Quickly Lord Jesus?” No more procrastination unless you want to go into the great tribulation that the Bible also predicted! Study the Bible it lays it all out for you!