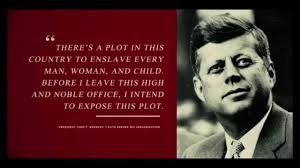 Buckle your seat belt, here comes the truth, the whole truth and nothing but the truth! It will be a bumpy ride that I hope you complete and gain eternal life in service of Jesus Christ, the choice is yours! JFK tried to warn the nation over forty years ago and the wicked killed him. The same group that stopped JFK are still proceeding towards their goals. For thousands of years the enemies of God have been working to separate God from His creation. When the great flood came it was sent by God. He was removing the counterfeit inhabitants of the earth angels who had mixed their seed with humans. Soon God will clear the deck and this time He will leave no doubt who is in charge!

(1) And it came to pass, when men began to multiply on the face of the earth, and daughters were born unto them,

(2) That the sons of God saw the daughters of men that they were fair; and they took them wives of all which they chose. 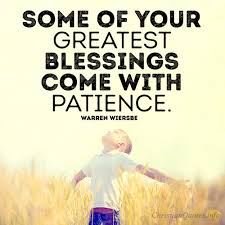 Now please bare with me, I have said I will give you only the truth, and I will do exactly that! There are many who don’t believe in God or that the Bible is His word. But that doesn’t make it untrue, yes there are many versions of the Bible and many different religions. But if you are wise you will know the truth when you see it. There is only one religion based on love and the words of Jesus should show you how Christianity is different from the others.

(36) Master, which is the great commandment in the law?

(38) This is the first and great commandment.

(39) And the second is like unto it, Thou shalt love thy neighbour as thyself.

(40) On these two commandments hang all the law and the prophets. 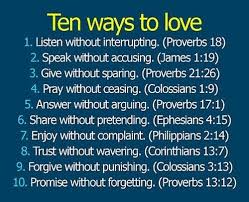 No other religion tells you to love God and other people on earth! If we were to follow this commandment exactly as given, earth would be a wonderful place. But most men have chosen to fight against the will of God from the git-go. If you believe that man got here thru evolution, you are willingly very foolish! Lucifer has made it his goal to take as many humans as possible to hell with him, because God created them! He will succeed in taking the vast majority of men to the hell that was created by God for Lucifer and the fallen angels. You don’t have to go there because God is always faithful to keep His word.

(13) There hath no temptation taken you but such as is common to man: but God is faithful, who will not suffer you to be tempted above that ye are able; but will with the temptation also make a way to escape, that ye may be able to bear it. 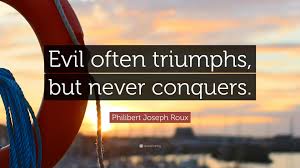 So let us go on to what has been the goal of the wicked men among us for over one hundred years. There are those who want to rule the earth, one world government has been the goal of the evil for thousands of years. But in the 20th century they have made an all out push to finally accomplish it. There is not space here to cover this in depth, but I will give you enough that you can then research it and see the full picture. 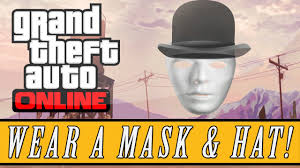 Just as Hitler had a plan to establish a super race, so to the wicked of our day want the same things he did. Believe me when I tell you that many of the allies of Hitler live today! Names of people you know and companies that have become quite large, were the supporters of Hitler. Names like Ford, General Motors, IBM, Volkswagen, Coca-Cola, Kodak, Metro-Goldwyn-Mayer, Chase Manhattan Bank, Dow Chemical, Brown Brothers Harriman, Woolworth, Alcoa and many more. All supported Hitler and his goals for the extermination of the Jews and the creation of a super race. Many of the people involved are still alive and even more have relatives that are not only alive but working towards the goals of Hitler even today! 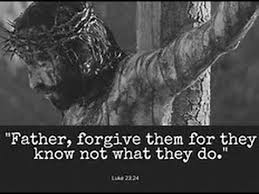 These people are fulfilling the prophecies given thousands of years ago. Marching to Armageddon, doing exactly what the God they hate, said they would do! All of us have a choice and multiplied millions will choose to reject the love of God and embrace Lucifer. Why, because their pride will not allow them to give credit to a loving God for all that He has done. 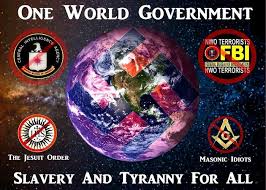 Because of the goals they have, they work for and support organizations that promote One World Government. All of this means they intend to see the day humans not part of the elite are eliminated. They get the blind to hit the streets to support things that will weaken the free nations of the world. To promote a socialist type of government for the entire world. Convince the foolish to demand fifteen dollars per hour for work that is worth about six dollars per hour. Knowing that they are counting on those people to be replaced by robots. Then becoming unemployed and totally dependent on the government and starved to death. Eliminated and replaced by servants that will demand nothing and never threaten the elites rule of the world. 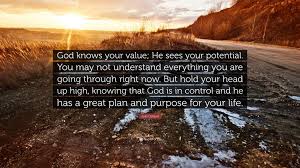 You may not know God, but He knows you. He has done everything including dying, even though you may find that hard to believe! What more would you expect Him to do to get your attention? Now I know that most people don’t believe in God, but that does not mean He does not exist. If you never find the courage to accept Jesus Christ as you personal savior, He will be very disappointed! But He stands and waits knowing that He can only wait a little longer because He owes it to those who do believe, to get on with the wonderful promises He has made to those who do believe. 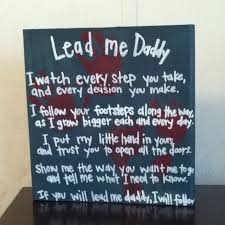 Our God is a God of love and therefore must deal with the evil ones who would make life a continuing impossible situation. A good person is a challenge for a wicked person who makes it their joy to ruin the life of a happy person. Even if you decide to put off making, you have made a decision. You and your family will reap what you have sowed, your future is in your hands!