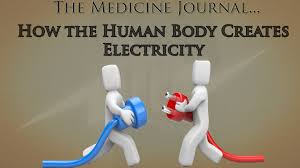 Electricity is everywhere, even in the human body. Our cells are specialized to conduct electrical currents. The elements in our bodies, like sodium, potassium, calcium, and magnesium, have a specific electrical charges. Almost all of our cells can use these charged elements, called ions, to generate electricity. Each function of the body is part of the electric grid which is in our bodies!

The elements in our bodies, like sodium, potassium, calcium, and magnesium, have a specific electrical charge. Almost all of our cells can use these charged elements, called ions, to generate electricity. 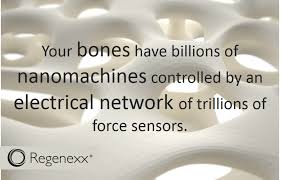 The contents of the cell are protected from the outside environment by a cell membrane. This cell membrane is made up of lipids that create a barrier that only certain substances can cross to reach the cell interior. Not only does the cell membrane function as a barrier to molecules, it also acts as a way for the cell to generate electrical currents. Resting cells are negatively charged on the inside, while the outside environment is more positively charged. This is due to a slight imbalance between positive and negative ions inside and outside the cell. Cells can achieve this charge separation by allowing charged ions to flow in and out through the membrane. The flow of charges across the cell membrane is what generates electrical currents. When we have a stroke it is a short just as happens in electrical systems in our cars, homes, appliances and electronics.

Cells control the flow of specific charged elements across the membrane with proteins that sit on the cell surface and create an opening for certain ions to pass through. These proteins are called ion channels. When a cell is stimulated, it allows positive charges to enter the cell through open ion channels. The inside of the cell then becomes more positively charged, which triggers further electrical currents that can turn into electrical pulses, called action potentials. Our bodies use certain patterns of action potentials to initiate the correct movements, thoughts and behaviors.

So when we are told that we were not created by a God who designed all things, we are listening to someone who is too smart to know what he or she is talking about. Only a super smart creator could have created you, To say that you just evolved from something else is ridiculous beyond the imagination. This God who created us is the God of Abraham, Isaac and Jacob as spelled out in His word the Bible. What I have given you above is excerpts from a number of research papers and articles that you can fin on the internet. 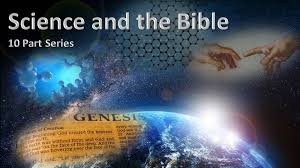 Everything that scientists are doing today is copying the actions of the living God that foolish men and women say doesn’t exist. Nothing they will do is new to the God they seek to copy, only the motives are different. What God did was with good intentions and those who copy are creating and evil and unjust world. There is a scientist named Craig Venter, the controversial geneticist who led private industry’s decoding of the human genome, has revealed a startling secret. The genome – unravelled two years ago – is his. Dr Venter is trying to develope a program that would end death as we know it. Also developing robots that can be almost human!

To the surprise of scientists, Venter has admitted that much of the DNA used by his company, Celera Genomics, as part of this decoding effort came from his cells. The news has annoyed his colleagues, who claim that Venter subverted the careful, anonymous selection process they had established for their DNA donors. 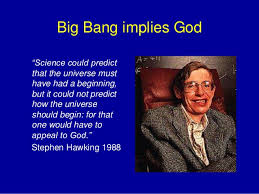 The horror you will see come out of all this is the events we see predicted on the pages of the Bible. If the Bible is not the word of God, how is it that men could see it thousands of years ago? Wrote about it and soon the prophecies not yet will be fulfilled precisely as predicted!

(12) And he exerciseth all the power of the first beast before him, and causeth the earth and them which dwell therein to worship the first beast, whose deadly wound was healed.

(13) And he doeth great wonders, so that he maketh fire come down from heaven on the earth in the sight of men,

(16) And he causeth all, both small and great, rich and poor, free and bond, to receive a mark in their right hand, or in their foreheads:

(17) And that no man might buy or sell, save he that had the mark, or the name of the beast, or the number of his name.

(18) Here is wisdom. Let him that hath understanding count the number of the beast: for it is the number of a man; and his number is Six hundred threescore and six. 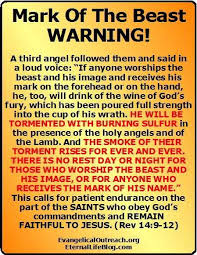 Most on the earth will be deceived and when they accept the mark of the beast they can never be saved. We live in both the most wonderful times and the most dangerous times. The decisions we will make, decides where we are for eternity!